Vera Di Lecce is a singer, songwriter and performance artist.

She’s been singing and dancing in the world music band “Nidi D’arac” for many years and also created her own theatrical performance “Re-chords” in which she improvises with musicians, such as Kaki King and Roberto Angelini.

She’s currently touring with her solo guitar/loop station show (from her first EP “Heavy Butterflies”/ November 2012) in which she creates her own bases with voice and guitar live. In her set Vera manages to play her songs like a live painting of chords and melodies. She opened for Anna Calvi, Balmorhea, Lisa Germano, Shannon Wright and Kaki King. 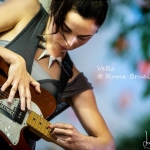 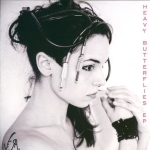