Kenny Dahl a.k.a. Carlo Micali, fell in love with house music in 1991 when he was 11 and started to play with turntables in the main south Italy’s dancefloors.

In 1999 he met techno music and went on with his performances all over Italy.

Then he starts to put his ideas on a PC and there was the arrival line to Techno music world. In his performances, the groove goes from ethnics drums to the most recent synth vanguard of techno. He played in the most famous Rome’s clubs and in a cities like Paris , Ibiza , Berlin alongside artists such as Dave Clarke, The Advent, Industrialyzer, Joris Voorn, Speedy J etc.

The passion of his music comes from his work as a sound engineer . 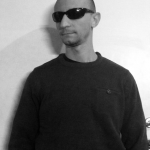 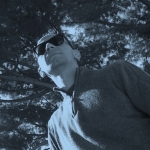